Dealing with the memories of the Lebanese civil war through theatre

During the Lebanese civil war, people's daily lives were shaped by an armed conflict that left long-lasting repercussions, unhealed traumas, and memories untold. Through art theatre, women and girls are embarking on a journey to seek the truth, foster collective remembrance, and ultimately, move towards reconciliation. 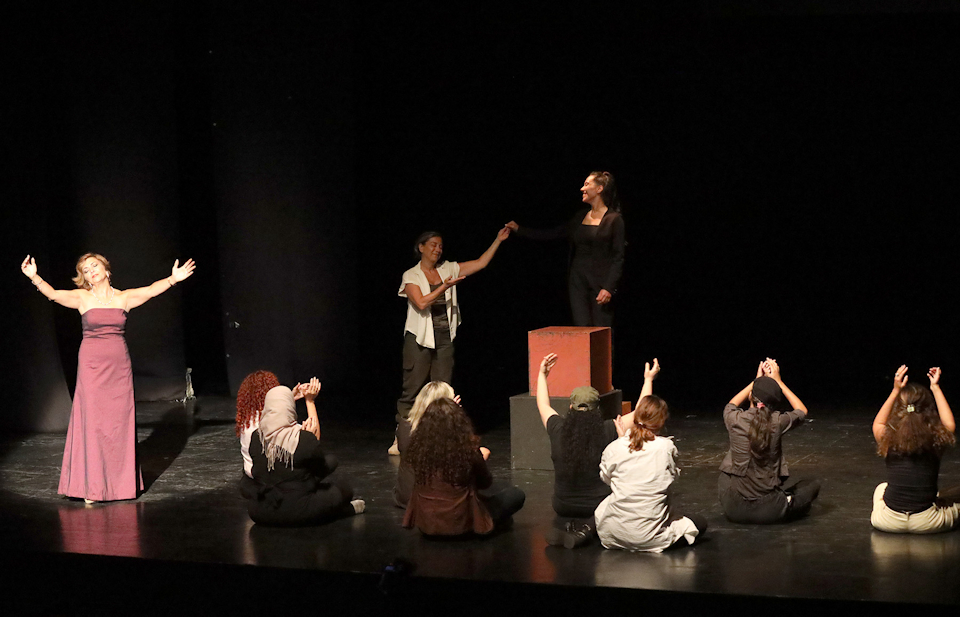 In Badaro, a neighbourhood in south Beirut, Lebanon, the Sunflower Theatre stage is set to showcase the play "Left to Tell." Over 90 attendees, including the public, members of local non-governmental organizations (NGOs), embassies and the media take their seats, ready for the play to start.

The curtain rises to reveal 12 women performers in the centre of the stage, set against the backdrop of a women's refuge - in an old factory - where some women escaping war and others forced to be here, begin to share their experiences one by one. "We are victims of this war, and as crimes increase, we are paying the highest price," a performer bellows from the stage. The "Left to Tell" play begins to unfold.

An innovative and cathartic construct of oral history, the play recounts women’s experiences of Lebanon’s civil war and is the result of a series of intergenerational dialogues organized by Lebanese Feminist Organization  KAFA, in partnership with UN Women, as part of the Dealing with the Past Programme*. The programme has engaged over 60 Lebanese women from different areas of Lebanon, in a series of dialogues to share stories from the war, as part of a broader process of dealing with the past. These stories were then adapted to the play to create female characters from different communities that write women's stories into the pages of the civil war history.

Among the 60 participants to the dialogues there are twelve women who volunteered to re-enact the script in the live theatre performance. Guided by the Laban Performance Art Theatre, the play delves far into the past. ‘Aya’, one of the characters, recalls her weekend escapes with her boyfriend to Jounieh's cable cars, 20 km from Beirut. The story then takes a sudden turn, and the romance is swept away by the war when her partner who belongs to another community, joined a local militia. Aya never saw him again.

The Lebanese civil war spanned 1975 to 1990 and resulted in over 120,000 fatalities, 17000 missing, 76,000 displaced people, and the exodus of almost one million people.[1] Despite its devastating impact, there is a lack of documentation of women's experiences during the war. As a result, the younger generation has little access to reliable information about the war’s impact on women and girls, which would enable them to understand the legacy they carry, which forms parts of the country’s history and identity.[2]

The dialogues and the play are providing a space to redress this and aim at building empathy and understanding from different experiences during the war.

The performers re-enacted acts of brutality, including Rahaf’s account where at the age of fourteen, this character witnessed militia members storming her family's house. An armed man handed her a rifle and ordered her to kill her father, a price they said would save her other family members. Rahaf refused, and the militia killed her family members, leaving only her unharmed. 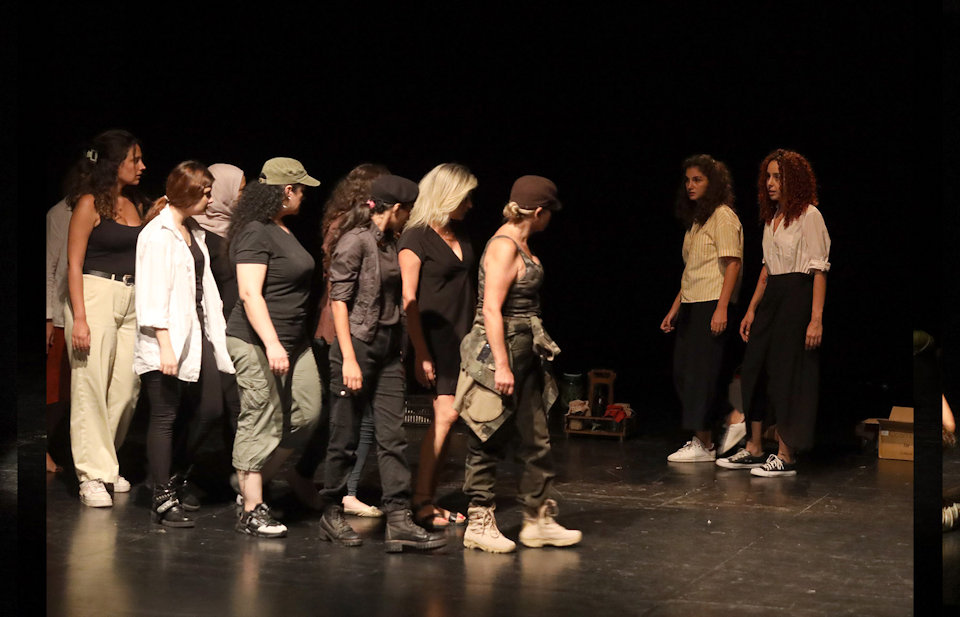 In the closing scene, the audience are guided to the present day through the narration of Sana's story. This character is a high school student who worked tirelessly to develop her submission for a creative writing competition in her school, which recounted her grandmothers' story of seeking refuge in a women’s shelter, only to be told the content was “too sensitive” to be shared.

The show must go on 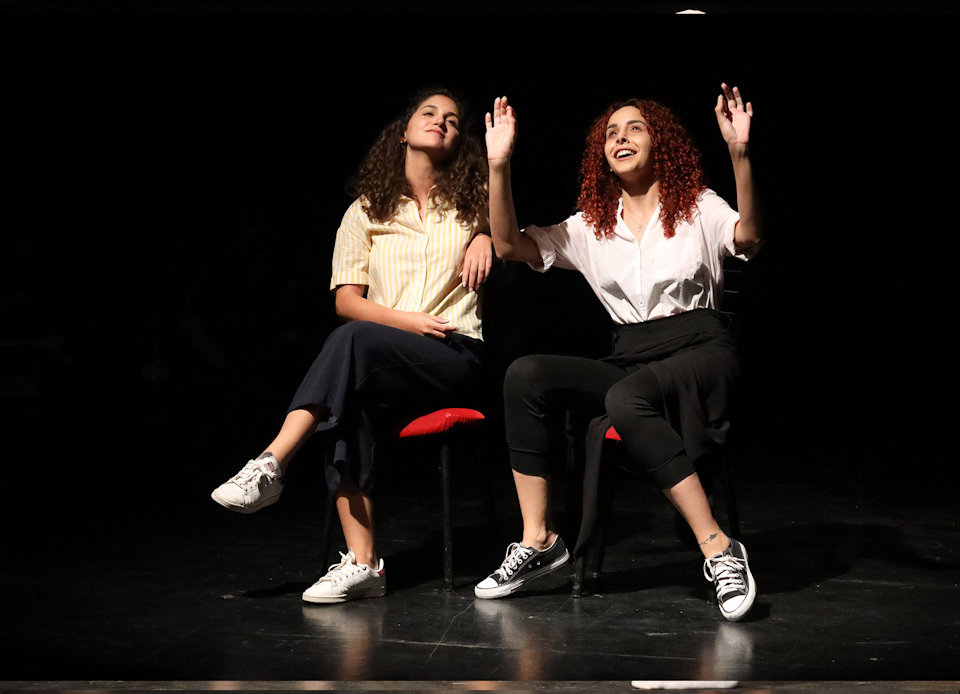 While curtains drop for this show, the women’s lives go on and they have committed to continue working on peacebuilding and reconciliation.

These sentiments have also been reflected in the reviews provided by the audience members, “As for reconciliation and healing, I saw that the play helped those acting and attending to heal psychologically. We need to expand this across the country,” said an audience member.

“The success of this play epitomizes the importance of intergenerational and inclusive dialogues. Through collective action, these two generations have shown the power of women as agents of change in conflict transformation, in the past, the present and the future", said Rachel Dore-Weeks, head of UN Women in Lebanon.

[2] ICTJ, 2013. “Lebanon’s Legacy of Political Violence. A Mapping of Serious Violations of International Human Rights and Humanitarian Law in Lebanon, 1975–2008”.

Related News
11/03/2022
From where I stand: “I am learning how to turn my anger into something more positive”
28/10/2022
The Government of Japan and UN Women launch a women-led social enterprise producing disposable hygienic products in Tripoli, Lebanon
26/04/2022
From where I stand: “It is our right to know the fate of our loved ones who disappeared”
09/09/2021
From where I stand: "Women and youth can play a significant role in building a peaceful nation"
02/08/2021
One year after the Beirut Port explosion, women’s organizations reflect on the needs of women and girls
END_OF_DOCUMENT_TOKEN_TO_BE_REPLACED