Men and Women for Gender equality 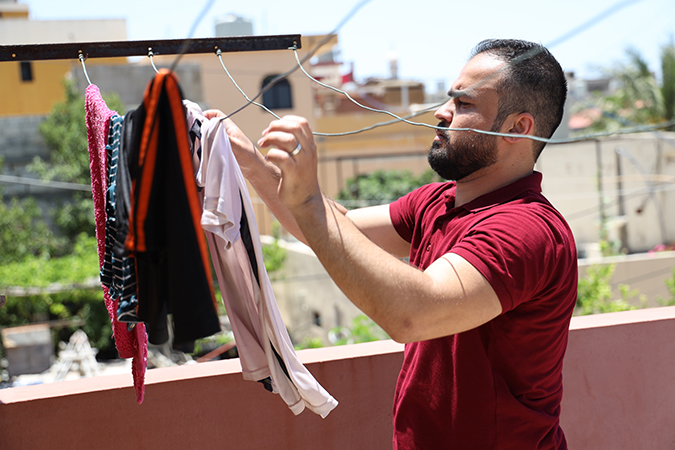 UN Women - Lebanon under “Men and Women for Gender Equality, Phase I” (2015 -2019) conducted the first comprehensive study on social norms and masculinities in Lebanon: The International Men and Gender Equality Survey (IMAGES) Lebanon. This national survey explored key issues at home and at work, in public and private life and men and women’s attitudes towards gender equality ranging from parenthood to SGBV. This study included Lebanese and Syrian respondents living in Lebanon.

In its second phase, MWGE II (2019-2022) builds on the findings of Lebanon IMAGES study and works on three levels: the family and community level (micro-level), the institutional level (meso-level) and the national policy level (macro-level). On the micro-level, UN Women - Lebanon in partnership with civil society actors and community-based organizations as well as local networks (e.g., scouts, municipalities, etc.) are tackling the root causes of gender inequality by targeting the smallest unit of society “the family”. This is achieved by addressing the positive role of fathers and boys in supporting women and girls and offering an alternative definition of masculinity that challenges the predominant patriarchal social norms. Phase II focuses on implementing and replicating community-based interventions around positive fatherhood, sharing household chores, awareness on SGBV and alternative gender roles. These are taking place in four locations outside Beirut (Tripoli, Tyre, Saida and Nabatiyeh).

Moving to the meso-level, UN Women – Lebanon partnered with the General Security Office, Lebanese Army Forces, Internal Security Forces, American University of Beirut, Lebanese American University, Ministry of Social Affairs as well as other institutions in order to mainstream men’s positive role in advancing women’s rights and providing protection from SGBV. Further, through these institutions, several partnerships with the private sectors were achieved in order to support MWGE activities.

Lastly, on the macro-level, UN Women – Lebanon partnered with the National Commission for Lebanese Women to support their efforts to reform national policies around SGBV issues and women’s rights. This partnership resulted in advocating for a reform in the discriminatory nationality law in Lebanon, delegalizing child marriage, passing of an anti-sexual harassment law for the first time in Lebanon, amending the law on domestic violence in response to the increasing DV due to the pandemic and finally drafting a unified personal status law across all religions in Lebanon. All these efforts were accompanied with national level campaigns to raise awareness and support legal reform.

Through MWGE II, UN Women was able to build bridges across the three levels and provide a holistic and inclusive approach to engaging men and boys in advancing women’s rights and promoting gender equality. This program was generously funded by the Swedish International Development Cooperation Agency (SIDA).

UN Women Appoints Joyce Azzam as its National Goodwill Ambassador for Lebanon
From where I stand: “From grieving the loss of a child to starting a new agri-food business”
In mediation, Jana finds a way to build peace in Lebanon
Listening to Women in Politics: New report by UN Women and UN ESCWA tells the stories of 7 trailblazing Lebanese women in politics who have broken ‘glass ceilings’
The Time to Act for Economic Reforms Is Now – and Gender Equality is Smart-Economics
END_OF_DOCUMENT_TOKEN_TO_BE_REPLACED